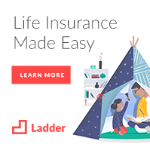 One of the nice things about a free market economy is competition, which creates the incentive to be better at what we do. In medicine, we strive to achieve our patients’ goals more predictably, with shorter recovery and less down time. The competition between health care providers, medical device companies and pharmaceutical companies encourages evolution and development at a rapid rate. It makes us better.
Unfortunately, competition also provides incentive to make claims that bend the truth in order to gain a financial advantage. Safe guards are in place, but I commonly see treatment that is described as non-surgical when it isn’t; or non-invasive when it actually is invasive.
So, what’s the real deal in face lifting? Is there a non-surgical lift? Is there an incision-less face lift? Let’s remove the smoke and mirrors and reveal the state of the art in facial rejuvenation.
I perform face lifts in four ways, including the traditional facelift, the O-lift, hybrid jawline contouring, and non-invasive techniques which require no incision. No beating around the bush, three of these are surgical; one is not. Procedures promising weekend recovery, and/or involve chin implants and liposuction are surgical, even if they claim to be non-surgical.
These are the four types of surgery I have offered for nearly 30 years. Let’s go from least to most as it pertains to expense, recovery and invasiveness.
Non-surgical
An aged, droopy face is caused by an imbalance between how much face you have and how much skin you have to cover it. So the least invasive methods address that discrepancy one of two ways: shrink the covering or fill the face.
Filling the face is easy and fast with nearly no recovery. We call it the liquid facelift. We inject fillers or collagen stimulators into the hollow areas of the face, filling out the skin and improving the contours. The result is a smoother, fuller more youthful look that can be instantaneous. There are many fillers out there, but the ones we rely upon the most are Sculptra, Voluma, and Lyft.
Shrinking the facial skin can be done two ways: ablative and non-ablative. My favorite ablative technique is Total FX laser because it offers both deep skin tightening and resurfacing of the fine wrinkles in one treatment. Even though this treatment involves a week or so of down time, it is considered non-invasive because no incisions are made. Non-ablative methods use a laser or radio waves to penetrate and stimulate the deep dermis and leave no surface changes at all. Thermage (radio wave) patients are back to work the next day and the face tightens over a 6-month period.
Hybrid Jawline Contouring
One of the first things that makes a person look older is a jowl. It is the fullness along the jaw-line next to a relatively receded chin. That is where neck and jaw line contouring come in. It is surgical, but it offers a predictably fast recovery of just a few days with a result that lasts years, not months.
We now can remove small amounts of fat in the jowl and neck while using an ultrasonic probe to stimulate tightening of the skin down the line. When this is conducted with special sutures along the neckbands and sometimes a small implant to fill in the pre-jowl sulcus (the indent just inside the jowl), the jaw line can benefit from a miraculous improvement with a single 1- or 2-centimeter incision beneath the chin. The recovery is fast and the impact is vast.
The O-Lift
The O-Lift is my personal answer to the abbreviated facelift. The O-Lift is a moderate facelift through a very short incision. We lift both the muscle and skin and yes, there is an incision. It’s hard to find, but it’s there, hidden within the natural folds of the ear and the side-burn area of the temple. I have revealed my results on our show The Doctors in only three days, but healing of ten days is more typical. We do this type of surgery on many women and men in their 40s and 50s. We often combine it with other procedures like blepharoplasty (eye lids) and forehead lifting through a scope with tiny incisions.
Traditional Facelift
When I perform a traditional face-lift, I am usually doing it for someone who has earned their lines, people in their 60s and 70s who have waited until they really needed it to correct deep furrows, heavy jowls and a collapsed neck with substantial banding. This patient is looking for improvement all the way from the Adam’s apple to the hairline. Our incision is similar to the O-Lift but extends around the ear lobe in a natural crease and runs up the back of the ear to, and along, the hairline. Both the skin and muscle are lifted in a vertical vector so that the face is lifted, not pulled. The result is a dramatic transformation that sometimes makes old friends gasp. While the improvement is dramatic, I am careful to attain a natural look that does not look “done.”
So, there you have it, the real deal in face lifting. When considering a procedure, be sure to ask questions to ensure realistic expectations, and when considering a plastic surgeon, I recommend an experienced board-certified specialist. It’s better to do it once and do it right than to attempt some half measure that may result in regret.
Dr. Ordon is medical director of The Plastic Surgery Institute in Rancho Mirage and co-host of The Doctors television show. The Plastic Surgery Institute can be reached at (760) 568.2211.